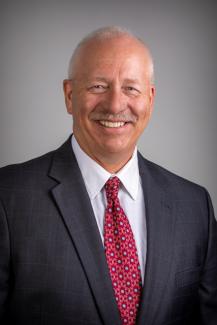 Douglas D. Nelson was born and raised in a small farming community outside Portland, ND. He graduated high school in 1973 and promptly enlisted in the United States Marine Corps where he spent the next four years at various duty stations in California and Hawaii.

After the Marine Corps, he was a bartender at the Waikiki Yacht Club before embarking on a sales career with an international company for eight years. In 1986, he went to work as a sales representative for the Pentel Writing Instrument Company covering the states of Washington and Alaska. He was promoted to Western Regional Manager in April 1990, managing the 13 western states. In 1997, he was promoted to National Sales Manager for the “fine pen” and art division. Doug left Pentel in March 2002.

From 2009 through 2012, Doug was also a part time professor at the University of Phoenix, teaching business and personal finance classes. He is also a partner in a small tax business with approximately 30 clients.

On March 1, 2003, Doug started his employment with Waddell & Reed after successfully passing his series 7, 66, and life insurance tests. Doug received numerous awards at Waddell & Reed for his accomplishments. In June of 2018, Doug decided he wanted to “venture out” and moved his practice to M Stevens Wealth Advisors located in Costa Mesa, CA.

Doug has a Chartered Retirement Planning Counselor (CRPC) designation, along with his MBA through the University of Phoenix (2003). Doug’s interests include his Harley, martial arts, guitar, traveling, red wine, and, of course finance!